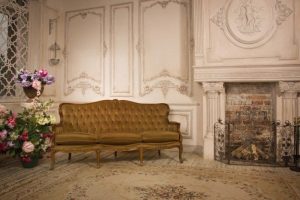 Step into a Glamorous Past at Hearst Castle

Students at The Academy Chorro can learn about the glamorous days of the early 20th-century with a visit to Hearst Castle in San Simeon. The State Park, with its opulent buildings on the Cuesta Encantada that once belonged to William Randolph Hearst, is less than 40 miles from San Luis Obispo. The castle offers one of the country's most unique museums, making it a nationally-recognized historic landmark.

Students studying communications can learn about the dynamic W.R. Hearst who owned a publishing empire that sold San Francisco and Los Angeles newspapers. Art history students will appreciate the paintings, tapestries, furnishings, and artifacts on display from the Hearst collection. Film history buffs can see vintage home movies of the Hollywood stars from the 1920's, 30's and 40's who visited the mansion.

Several hour-long tours of the estate are offered by the State Parks Department. First-time visitors usually take the Grand Rooms Tour in the main house, Casa Grande. This tour includes the Assembly Room where Hearst and his long-time companion actress Marion Davies welcomed guests. The Refectory with its long monastic table was the dining room where mustard and catsup jars remained on the table while four-course meals were served. It was rumored that Miss Davies filled the water carafes with gin.

The tour also includes the billiard room, morning room, and the theater where Hearst screened new films for guests. Visitors will see the carefully restored home movies taken by the late comedian Ken Murray in the 1930's. Charlie Chaplin, Greta Garbo, Cary Grant, Shirley Temple and many other stars of that era are in these films.

There are several other tours that cover the guest cottages, the upper floors, and the towers of Casa Grande. The beautiful gardens along with the Roman Pool and Neptune Pool are included with all tours.

End the visit by taking in the spectacular views of the coastline from this enchanted mansion on a hill.

Interested in learning more about The Academy Chorro?Contact us today to schedule a tour.